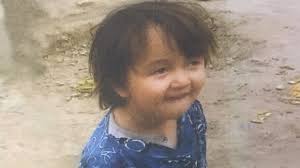 The “Report of the Government Inquiry into Operation Burnham and related matters” (“the Report”) was released on Friday to the New Zealand public. The Human Rights Foundation has previously questioned and criticised the Operation Burnham Inquiry process which has largely operated in secret and failed to properly engage with lawyers for the families of the victims in the villages of Khak Khudday Dad and Naik.The result was an inquiry which focussed on the views of the New Zealand Defence Force (“NZDF”), at the expense of the victims really impacted by the events of Operation Burnham.

Nonetheless, we welcome many of the Inquiry’s findings, which vindicate the authors of Hit and Run and show not only that civilians, including a young girl, were killed and injured in Operation Burnham, but also that the NZDF misled the government and the public repeatedly when they denied that this had occurred.

The Report found that a girl aged between 8-10 years was killed, and that the NZSAS had shot and killed a man who may have been a civilian. The Report further found that other civilians had been killed or injured, including by US helicopter fire, and that these casualties were apparent to the NZDF within days. The Report found that the NZDF advanced a false narrative, which misled ministers and the public and unfairly undermined public confidence in the accuracy of some aspects of the authors’ work. Such behaviour, the Report stated, resulted from failures of the organisations structure or systems of the NZDF but also failures of culture in relation to NZDF’s obligations to ministers.

The Report also confirmed that a detainee was assaulted by a member of the NZSAS, and that he was then handed over to be subjected to torture by other forces, breaching New Zealand’s obligations under international human rights law.

To the disappointment of the Human Rights Foundation, the Report found that the conduct of the NZDF personnel involved in the Operation was professional throughout the Operation, and that although there may have been several miscalculations which resulted in damage to property, all their actions during the operation complied with the applicable rules of engagement and International Humanitarian Law.

The Report has recommended that civilian oversight of the NZDF be strengthened, including by the appointment of an independent Inspector-General to faciliate oversight of the NZDF and enhance its democratic accountability. The Human Rights Foundation supports this measure, and any measures which serve to bring the NZDF under the effective scrutiny of democratic government and prevent such tragedies from occurring again.