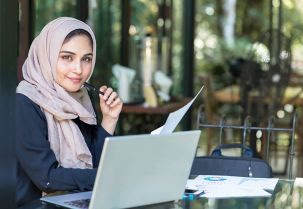 The HRF is currently carrying out a project to address concerns among New Zealand’s Muslim community about the treatment that community members frequently receive from security authorities and customs officers when entering the country. Funded by the New Zealand Law Foundation, the project is focussed on the treatment of Muslim travellers during airport security checks and more generally the interactions the community has with the SIS and border officials, including unjustifiably excessive scrutiny and cultural insensitivity.

Chairperson Peter Hosking says the project team has compiled a dossier of anecdotes from New Zealand Muslims about their experiences with the authorities: “It has become apparent to us that there is a significant problem. Our aim is to take as cooperative an approach as we can in what is quite a difficult area. Cultural concerns include the computer storage of photos of Muslim women without their hijabs (head coverings) and the handling of the Koran. The concerns are that this community is being targeted in an uninformed and insensitive way, and in violation of their rights, when alienating the community may actually be counter-productive to effectively protecting New Zealand.”

The project aims to produce a best-practice model for agencies working with the Muslim community on counter-terrorism and human rights. It will also produce resources for the community such as wallet-sized “know your rights”; cards and fuller web-based information on issues such as dealing with interviews. Peter: “We want the community to be resourced to deal with these situations. If the outcome is that all organisations better understand this community and are clearer about what their responsibilities are, that can only benefit everyone.”

As a result the Foundation is now working cooperatively with agencies including Customs, SIS, the Police, the MBIE, and the censor’s office about how they can work more sensitively with the Muslim community.