By Admin in Our Projects on 4 July 2017
No comments 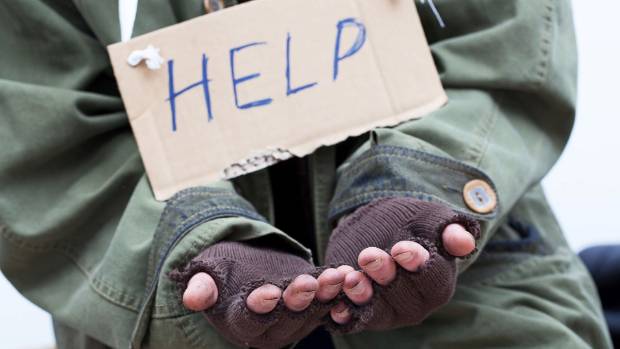 Cases in the US have come down on both sides of the question of whether begging constitutes free speech.

OPINION: Is begging free speech? Does New Zealand law protect it? Should local councillors who want to ban the practice – and there are more than a few of them – be stopped from doing so?

These are the questions raised by a fascinating test case in Napier, where three men have pleaded not guilty to soliciting money without permission, an offence under a Napier City Council bylaw.

Alan Cressey, lawyer for two of the men, says he will borrow from overseas cases and submit “that to deny a person the right to ask others for help is the most fundamental breach of freedom of expression possible”. Leading human rights law experts say the men have a strong case under New Zealand’s Bill of Rights Act.

That’s good to hear. Free speech is not a pure good, or the answer to every dilemma, but it is about as close as they come. Most begging is a passive and forlorn plea for aid – unsightly to some, troubling to many, but otherwise not a threatening act. It should be covered by the same broad protections that apply to most people’s talk and communications on the streets.

Of course, the courts may disagree. Similar cases in the United States, a country notable for both its wide protections for free speech and its many beggars, have gone both ways.

Some of the tension hinges on whether begging is “speech” or “conduct”, and, perhaps, on what qualifies as intimidation on the streets.

Clearly harassment and threatening behaviour are unacceptable; clearly the councils and the police have an important role in dealing with that.

Clearly, too, as cynical and tough-minded people will happily point out, some beggars are opportunists who merely call on the kindness of strangers because it works. But most people prepared to sit on the streets and ask for money are subjecting themselves to obvious public humiliation.

Moreover, while many people will choose not to answer the plea, reckoning that the state already provides a basic safety net, some will be moved by sympathy and generosity to give.

And of course they should be allowed to – this, too, is part of the free exchange that is taking place.

So the law should recognise beggars’ rights. But even if it doesn’t, councils should refrain from banning beggars from the streets in the first place – for both moral and practical reasons.

The idea crops up with monotonous regularity now, from Auckland, to Hamilton, to Wellington and further. Even though Wellington City Council rejected a ban last year, retailers and inner-city residents revived the calls this month.

They’re misguided, and Wellington Mayor Justin Lester is right to reject them. Of course no-one likes begging, but forcing people from the streets – temporarily, no doubt – is a solution only for those who see them as a cosmetic problem.

Bans don’t solve the real issues that growing numbers of beggars point to: a broken housing market, under-resourced mental health and drug addiction services, and a class of people struggling and alienated by a society that too often doesn’t have work or a place for them.

Politicians should put their energies into all of that.