The UK has suffered a humiliating defeat at the United Nations general assembly in a vote over decolonisation and its residual hold over disputed territory in the Indian Ocean.

By a margin of 94 to 15 countries, delegates supported a Mauritian-backed resolution to seek an advisory opinion from the international court of justice (ICJ) in The Hague on the legal status of the Chagos Islands. 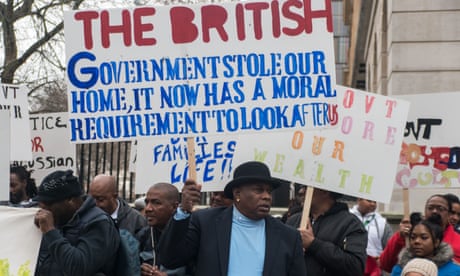 A further 65 countries abstained on Thursday, including many EU states who might have been expected to vote in support of another bloc member.

Speaking after the vote Jagdish Koonjul, the Mauritian representative at the UN, said: “I’m elated. The results are beyond my expectations. It’s interesting that the EU didn’t support the UK. Even some of the countries that supported the UK agreed that this was an issue of decolonisation. Now we wait to see what the UK will do as a result of the vote. We have given the US full comfort of a long-term lease [for the Diego Garcia base] that would be renewable [if sovereignty passed to Mauritius].”

The resolution, though only in favour of obtaining a non-binding legal opinion, is a blow to the UK’s international prestige and demonstrates the limited diplomatic influence wielded by the British foreign secretary, Boris Johnson, at the UN.

The row between Mauritius and the UK – over what Britain terms BIOT, or British Indian Ocean Territory – has become increasingly acrimonious in recent years.

In 1965, three years before Mauritius was granted independence, the UK decided to separate the Chagos Islands, an archipelago, from the rest of its Indian Ocean colony. The Mauritian government claims this was in breach of UN resolution 1514, passed in 1960, which specifically banned the breakup of colonies before independence.

Most of the 1,500 islanders were deported so that the largest island, Diego Garcia, could be leased to the US for a strategic airbase in 1971. The US was one of the few countries that publicly backed the UK over the islands’ fate. The islanders have never been allowed to return home.

The UK has promised to return the Chagos Islands to Mauritius when they are no longer needed for defence purposes, but has refused to give a date.

Two years ago Mauritius won a ruling at the permanent court of arbitration at The Hague saying Britain had acted illegally in the way it had exercised territorial control over the Chagos Islands. The court criticised the UK for failing to consult over establishing a marine protection zone around what is now the British Indian Ocean Territory.

The fact that Diego Garcia was used by the CIA after 9/11 in rendition and interrogation operations may have alienated many states from the UK’s cause.

Urging delegates at the UN general assembly to oppose the resolution, the UK permanent representative, Matthew Rycroft, warned: “This could set a precedent that many of you in this hall could come to regret.” He added that “the resolution for an advisory opinion is an attempt by the government of Mauritius to circumvent the principle” – referring to the principle that a state could only be involved at the ICJ through its own consent.

The UK, Rycroft added, would not consent to the Chagos Islands being taken to the court. The dispute, he said, should be left as a bilateral issue for the UK and Mauritius to deal with through direct negotiations, and that the Chagos Islands were still needed for security purposes. 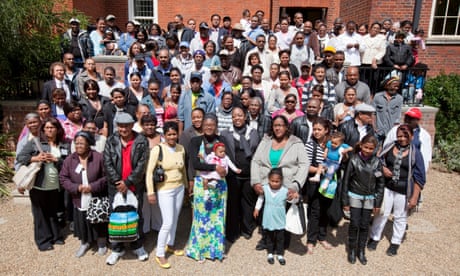 Philipe Sands QC, who attended the UN debate, and is acting as legal counsel for Mauritius, said: “The vote, passed with an overwhelming majority, sends a strong signal about the UN’s attachment to decolonisation. That Britain was able to obtain the support of barely a dozen countries, including just four EU members and no permanent member of the security council apart from the US, will, hopefully, give it pause for thought about its position on Chagos.

“Its arguments that Chagos is about security and a bilateral matter between it and Mauritius were given short shrift. The message is clear: the UN wants the world court to rule on Chagos, and seeks the court’s advice and assistance in bringing colonialism to an end.”

Advisory opinions at the ICJ are normally triggered by a formal request from the UN secretary general. The court can request submissions from member states and those involved in a dispute.

Although its findings are normally non binding, the ICJ’s advisory opinions carry some legal influence and moral authority.

“Sovereignty of the British Indian Ocean Territory is clearly a matter for the UK and Mauritius to resolve ourselves. Taking this dispute to the international court of justice is an inappropriate use of the ICJ mechanism. This is reflected in the fact that over half of General Assembly members did not vote for the resolution,” a Foreign Office spokesperson said.

“While we do not recognise Mauritius’s claim to sovereignty over the islands, we have committed to cede them to Mauritius when the territory is no longer required for defence purposes. We will be robustly defending our position at the ICJ.”

David Snoxell, coordinator of the all party parliamentary group on the Chagos Islands and a former British diplomat, welcomed the UN vote.

“This was a brilliant result for Mauritius and the Chagossians. Apart from the sovereignty issue, now referred to the ICJ, the resolution was a means of bringing to the attention of the UN general assembly the travesty of the UK’s treatment of the Chagossian people since 1965 when the [general assembly] last considered the Chagos Islands,” Snoxell said.

“174 states took part in the debate but only 15 sided with the UK. That sends a clear message to the British government that the UN expects the UK to bring this relic of the cold war to an end.”