Keeping youths in police cells is an embarrassing stain on the international reputation of New Zealand’s youth-justice system, the Children’s Commissioner says. 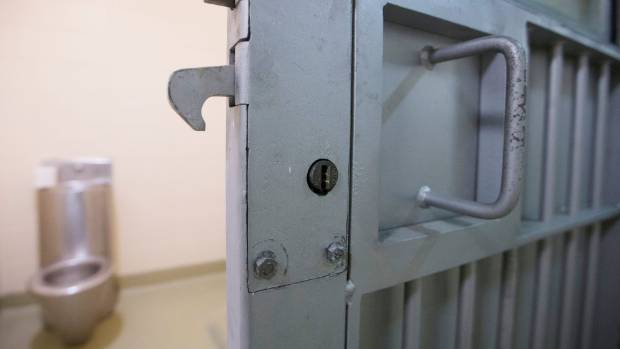 Judge Jane McMeeken said it was “outrageous” a 14-year-old Canterbury was in police cells for several days.

Police cells – where youths were kept “effectively in solitary confinement” – were supposed to be a last resort for the courts, but information released this week showed 11 youths were in police custody alongside adults around the country.

Ministry of Justice figures showed 168 children and youths were remanded in police custody in the year to April. Of those, 127 spent more than 24 hours in police cells.

Children’s Commissioner Judge Andrew Becroft said the increase in youths being remanded in police cells was “alarming and concerning all of us”.

“These are real issues, genuinely of life and death, and when we place a child in a police cell we’re playing with fire.”

It was “unacceptable in a civilised community”, but as long as the courts had the option available to them, there would not be pressure on the Government to provide a range of community-based facilities, Judge Becroft said.

It “mystified” him that government had not removed the option.

“There’s no logical, principled, or sane reason to keep the police remand option there.

“[The option] is a stain on our otherwise good youth-justice name and it’s a continued embarrassment for us in the international community.

“It’s time for the Government to put a stake in the ground, a line in the sand and say ‘We’re going to end this option’.”

“This is an ongoing problem and shows no sign of going away.

“They are effectively kept in solitary confinement, there is no facility for exercise and limited showering facilities. They receive, few, if any, visits from anyone.”

Walker said most youths had been declared to be in need of care and protection by the Family Court.

“Whatever offence they are alleged to have committed, they are very vulnerable.

“Holding them in cell blocks where adults are being held who are yelling, kicking cell doors, screaming out, being held while they sober up, is completely unacceptable.”

Some young people could not be bailed because of family circumstances or not having a place to live.

Christchurch Judge Jane McMeeken put social-welfare authorities on notice on Wednesday, saying they must find accommodation for a 14-year-old boy facing a robbery charge because she could not keep remanding him to a police cell.

She visited the cell and said it was “outrageous” he had been kept there for several days.

A Ministry for Vulnerable Children Oranga Tamariki representative on Wednesday said no child should spend more than 24 hours in police custody, but said it was not always possible given a recent surge in youth arrests.

Ministry South Island regional manager for youth justice Peter Whitcombe said keeping youths in adult cells was “a tragedy” and plans were in place to increase the number of youth-justice beds.

“The number [of youth arrests] have been higher than usual over the last three weeks and that’s meant we do have the pressure on youth-justice beds,” he said.

A home in Dunedin was opening in late July that would house up to five young offenders who did not require a secure residence, Whitcombe said. Similar homes would also open in Rotorua, Palmerston North and Whangarei.

Plans to implement one-on-one foster-care placements in “safe, loving” homes in Christchurch were in the pipeline.

Police have said youth crime was on the rise in Christchurch. Synthetic cannabis was the drug of choice for the city’s young people and was a significant driver of offending.

When possible, police would place youths in the same cells in a separate area to adult offenders so they were able to interact.

“Their health, wellbeing and welfare is our primary concern.

“While there’s no specific day facilities or exercise facilities, we can place a young person in a larger holding room [where] they have access to televisions and age-appropriate reading material.”

Nalder said any amount of youth crime was “concerning”.

“We do what we can to work with young people in the early stages of their offending to try and keep them out of the justice system and we emphasise alternative actions as a way of minimising the future likelihood of further offending.”

On Thursday even more pressure went on the system after two 16-year-olds were remanded in police cells after a Waikuku petrol station ram-raid.

The 14-year-old who had concerned Judge McMeeken was released on supported bail on Thursday. He was “an incredibly vulnerable young man” who caused harm to the community, she said.

Police opposed his release on bail, but the prosecutor accepted that there was no alternative.