The right to protest doesn’t disappear on Anzac Day

By Admin in Our Projects on 2 May 2017
No comments 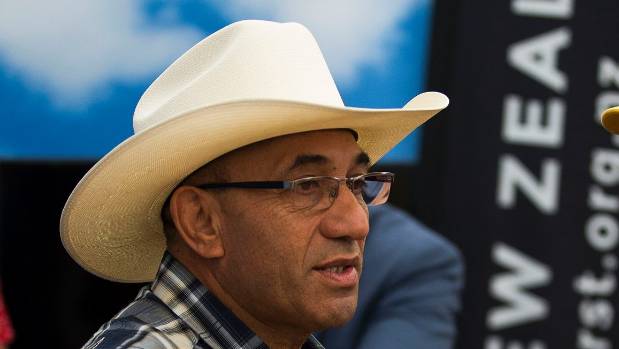 People have the right to protest, even on Anzac Day. Those who say the day is “sacred” and therefore that political protest action should not occur then are badly confused. The right to disagree does not take a forced vacation on our national day.

Wellington peace activists caused offence to some when they laid on the city cenotaph a wreath  which included images of civilians allegedly killed in a Defence Force raid in Afghanistan. But the protesters had gained the permission of the organisers to do this, and their action was carried out in silence.

They did not disrupt the ceremony in any way. They did not try to sabotage the proceedings or  to destroy the dignity of the commemoration. So the only offence they caused was by their very presence and by the point they made.

New Zealand First MP Ron Mark says Anzac Day “is a sacred day for commemoration and reflection, and using it for protest is inappropriate.” The weasel word “inappropriate”, soaked  as it is in euphemism and shiftiness, here seeks to disguise a brutal intolerance.

What Mark and his fellow-believers are saying is that on days they decree to be sacred, people with contrary opinions should shut up. This is a profoundly undemocratic sentiment. The right-thinking folk of New Zealand First shouldn’t suppose they can suppress the rights of others just by wrapping themselves in the flag.

Anzac Day is the national day but nobody has the right to decree how it should be observed or what is allowed to be said on that day. There is no consensus on what Anzac Day represents, and there never will be.

For some, Anzac Day represents a thinly-disguised apologia for war and militarism. This is not a popular notion nowadays, but for many years baby-boomers saw the day that way and they did not like the official ceremonies.Some boycotted the ceremonies or disrupted them in various ways, such as by laying wreaths for the war dead of Vietnam.

Nowadays the boomers have become more pious about Anzac Day, and some may even want to ban a new generation of protesters. That is a bad move and it would be a striking form of generational hypocrisy.

In democracies, argument never stops and silence can never be imposed, even on important days considered by some to be “sacred.” The argument extends to everything we remember that day, from the real meaning and motive for the Great War to the current wars being fought in the Middle East.

Today’s centenary focus on World War One, for example, raises still-unresolved questions about the purpose and the profit, if any, of that war. The pious version is that the war was a battle for our freedom, but it is clearly much more complicated than that. European empires sleep-walked into a conflagration none of them thought was possible. New Zealand, as a loyal daughter of Empire, gained a baptism of fire in Winston Churchill’s doomed and deeply wasteful campaign in Gallipoli.

Those political arguments are real and difficult, and they don’t go away on Anzac Day.