Dominion Post Editorial: Striking disagreement over SAS raid is more cause for an inquiry 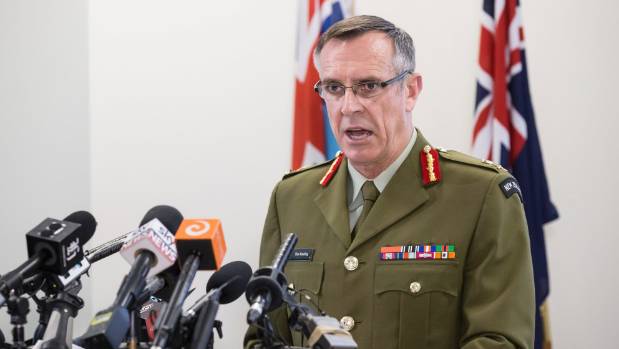 Lieutenant General Tim Keating’s press conference marked the first Defence Force acknowledgement that civilians may have died during a 2010 New Zealand-led raid on an Afghanistan village.

OPINION: The question of a bungled and even law-breaking New Zealand-led military raid in Afghanistan is still wide open.

A defiant press conference by Chief of Defence Force Lieutenant-General Tim Keating has not put the matter to rest. It has raised new questions, and will have left most New Zealanders hopelessly confused.

Both Keating and the journalists who have thrown attention onto the raid, Nicky Hager and Jon Stephenson, appear firmly convinced they have its details entirely right.

The crucial disagreement is over the manner and toll of the raid. Hager and Stephenson say six innocent people were killed and 15 wounded, but that no “insurgents” died, in a destructive and careless attack.

Keating, however, says nine insurgents were killed, while conceding only that it is possible a faulty weapon on a US helicopter led to accidental civilian deaths in one building.

“In all respects, the conduct of the New Zealand ground forces was exemplary,” he told reporters.

There are other conflicts, too, such as one over the precise location of the village attacked. The Defence Force says it was two kilometres south of the site that Stephenson has identified. It’s not clear how material this odd disagreement is.

Still, the two accounts do chime in important ways. Keating and the journalists agree the operation was called “Burnham”, that it happened on August 22, 2010, that one SAS soldier was injured by falling debris, and that civilians may have died.

No lay person can have much of an opinion on the important claims as they stand. They need rigorous, independent attention.

Keating cast himself, implausibly, as a source of such oversight. “It is not in our interest to push stuff under the carpet,” he said.

Certainly some New Zealanders will happily trust the Defence Force over a pair of freelance journalists. Yet the case is important enough, the gulf in the stories so wide, and the Defence Force’s record with information so streaky, that this must be investigated further.

Crucially, the former Defence Minister Wayne Mapp’s account of the mission as a “fiasco” is wildly different to Keating’s. Mapp has no reason to cause trouble. His remorse over the raid ought to be a decisive spur to the Government to launch an inquiry.

And when Keating said this week that civilians might have been killed in the 2010 raid, it was a blithe reversal of a stance held for years – last week, even – that such allegations were “unfounded”.

In truth, the Defence Force took years to reveal its lead role in the raid, even as other countries and media reported on it within days. That, too, was of a piece with its conduct during New Zealand’s deployment in Afghanistan – exemplified again this week by its three-year fight to stop a review of the deployment being made public.

So there is a need for a serious official interrogation of this raid. Prime Minister Bill English should order it promptly. Both the journalists and the Defence Force are confident and must welcome it. Both versions of this story can’t be right.