By Admin in Our Projects on 28 February 2017
One comment 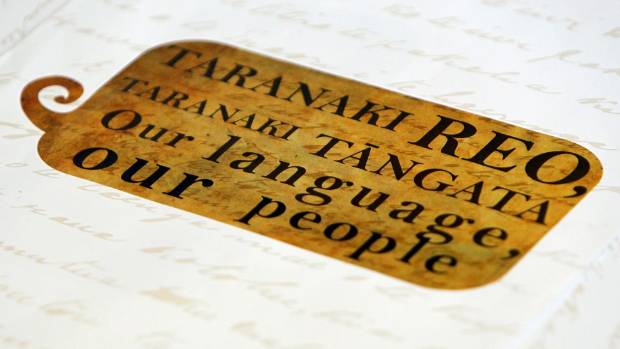 Sir James Henare said that to be monolingual is to know only one universe.

Unfortunately the idea of Te Reo Māori (the Māori language) being made a compulsory subject in schools is offensive to some people.

However, restricting tamariki (children) to only one worldview limits their education and deprives them of the knowledge of Te Reo Māori and all the riches of the Māori culture.

When I attended Glenfield College (on the North Shore of Auckland) my third form class was required to learn four languages; English, French, Japanese and Māori.

There was no problem for most of the year – until the term arrived when we were to learn Māori. Suddenly several students brought in letters from their parents, demanding their children be removed from class.

The reason, as one of my classmates told me, was that Māori was a dead language and it was a waste of time studying it.

This attitude has been present since the early 1900s when the suppression of the language mirrored the oppression of Māori hapū (clans), and iwi (tribes) and the exaltation of all things English as the height of civilisation.

Legislation under the Native Schools Act 1867 and the establishment of the native schools prioritised English as the primary language of instruction. Unfortunately in many schools this unofficial policy mutated into punishment of tamariki (children) for speaking their ancestral language.

Those tamariki associated Te Reo Māori with pain, and passed this belief onto their children.

So if the Māori language was dead, who was guilty of murdering it?

Fortuitously, the prognosis of linguistic death is premature. Regardless of misguided public opinion, the use of Te Reo Māori continues to grow.

Even though, Māori must constantly prove its validity.

As a student of Te Reo Māori, it has taken me a lifetime to learn how to speak my ancestral language, and thousands of dollars in tertiary study fees.

While I consider myself fairly proficient in Te Reo Māori, I know that it will take me years more to become fluent. Fluency in Te Reo Māori means not only learning the language, but also tribal histories, moteatea (ancient songs), proverbs, tikanga (customs and ritual) and all other aspects of the culture.

There is a wealth of wisdom encoded in the language waiting to be shared. So then what is the problem with children learning Te Reo Māori in schools?

Personally I see only benefits for children learning a second language. Most importantly it aids the development of their cognitive minds.

Furthermore the children develop an interest and empathy for other cultures and other ways of viewing the world. While there are many languages in the world, Te Reo Māori is the only language indigenous to New Zealand. It is a language carved into our islands and we are surrounded by Māori place names, so it is only natural that children are curious and receptive.

Within the international arena, Te Reo Māori has a tangible economic value in promoting New Zealand as a tourist destination. This point of difference in the global tourist market sets New Zealand apart from other western countries.

Of course, the language is a taonga and a priceless connection to generations of ancestors and an insight into a thriving indigenous culture.

As I write this article, I’m watching the Te Matatini National Kapahaka competition in the Hawkes Bay, where thousands of people are celebrating Māori culture and language, with live streaming to viewers all over the world.

That is why champions of the language promote and defend this taonga. The NPDC councillor Murray Chong discovered this fact recently with misguided comments on Facebook. While I don’t think this comments were racist, I do think uninformed remarks from elected officials need to be challenged.

Let’s move past the deficit view of Te Reo Māori and celebrate its ability to weave people together. A wealth of philosophy and knowledge wait to be shared with willing students.

So come on New Zealand, take a chance and fully embrace Te Reo Māori. Future generations will thank us for it.