By Admin in Our Projects on 25 November 2016
No comments 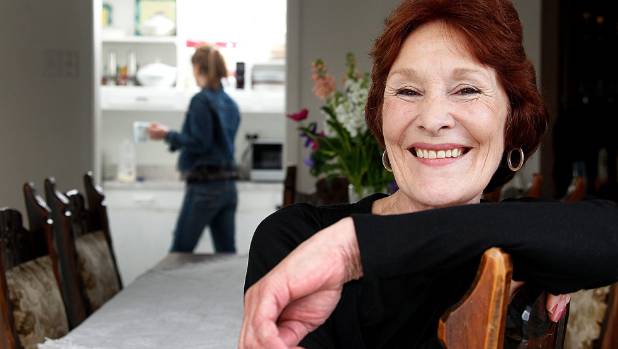 A case led by Aged care worker Kristine Bartlett and E Tu Union, has resulted in a landmark court decision, and Government agreement to set up an easier process for all claims of gender pay inequality.

Women will be able to file complaints over pay equality with their employers, rather than the courts, following a Government decision to back the recommendations of an expert panel.

It has been described as a “landmark” win by unions, which have applauded the decision.

The announcement was made by senior ministers, who confirmed the Government had agreed to principles that would provide guidance to both employers and employees in how to assess and resolve claims.

It also laid out a process for bargaining, to address pay equity in the workforce.

The Government set up a working group more than a year ago, to address the pay gap between men and women.

It’s work ran parallel to negotiations with unions over pay rates for caregivers.

That included one to compare roles between males and females, as part of the assessment to discover whether gender-based pay discrimination was at play.

The Government had also decided to supplement that recommendation to clarify how to chose an appropriate job for comparison, when making a pay claim, Workplace Relations and Safety Minister Michael Woodhouse said.

“This was an area the Joint Working Group was not able to agree on.

“However the Government believes this needs to be addressed to ensure the process is clear and effectively addresses pay equity claims for all parties.”

Minister for State Services Paula Bennett said she wanted to thank unions and employer representative on the working group for their work.

“Occupations should not be lower paid just because women make up most of the employees.”

There would now be a “pathway for resolving issues, as happens with other employment matters”, which included bargaining, mediation and ultimately the Employment Relations Authority.

Labour leader Andrew Little said the Government had finally caught up, after “dragging the chain” for eight years.

“I don’t think there’s any room here to be quibbling about this, we’ve just got to get on, get some good legislation in place and get the processes moving so that women can be paid not on the basis of their gender, but of the work they do.”

Little said the Government’s supplement to a recommendation over establishing comparative modes of work has the potential to be problematic.

“Because you can anticipate there will be businesses who roles and occupations are dominated by women.

“Part of me says ‘lets see how it looks’. The reality is we’ve got a long way to go before women in New Zealand get an extra dollar in their pocket.”

Council of Trade Unions President Richard Wagstaff was a lead negotiator in the development of the Principles.

“I am pleased that the Government is committed to being on the right side of history in making real progress to paying working women what they are worth,” he said.

“This decision is a result of a brave women, Kristine Bartlett and her union E tū, deciding to take on her employer in order to address historic low and pay and gender based discrimination in her industry.”

Last year Bartlett fronted a case against TerraNova, on pay rates in the aged care sector.

A landmark Court of Appeal decision found women in predominantly female workforces could make a claim for pay equity under the Equal Pay Act.

The Government set up the working group in response to that decision, and went into negotiations separately with unions over the wages and salaries of about 50,000 workers in aged and disability residential care, and home and community services.

Those negotiations were ongoing.

Wagstaff clarified where the working group disagreed on selecting a comparator to assess equal pay claims.

“Our view is that the fairest outcome is for the best and most relevant comparator to be selected in each circumstance. The Government has a different opinion and wants to implement a hierarchy of comparators.

“We do not support this as a starting point. We think that this will waste time and create unnecessary paper work.”

A comparator was a non-female-dominated job that can be used as a way to value work.

BusinessNZ was also part of the working group.

“The principles require the reasons for any undervaluation of work to be taken into account, and require comparisons between industries or groups to be made based on the skills, responsibilities, conditions and effort involved, with the sensible provision that comparisons should be made within similar businesses or industries in the first instance.”

The Public Service Association said New Zealand could “once again claim to be a leader in gender equality”.

National Secretary Erin Polaczuk said it was a “huge step forward” for workers of any gender in New Zealand.

“There are many jobs in New Zealand that have historically been done by women, like support work or administration and clerical – and their work is undervalued.

“Today’s decision by the government sets about righting that wrong, and we’re delighted.”

But she said the Government’s view on finding an appropriate comparator was more complex.

“When putting together an equal pay claim, employees have to find a job they can compare their work to, in order to put a proper value on the work they do.

“Cabinet’s proposing a ‘start close then move out’ mechanism, where employees must try to find a comparison in their own business, then their industry and then their sector.”

With only three sitting weeks left at Parliament, the Government would introduce a bill next year to amend both the Equal Pay Act and the Employment Relations Act.