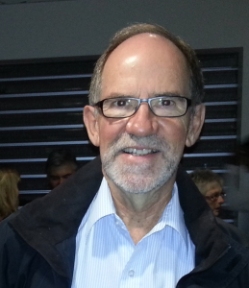 Privacy has been much in the news recently. Major public and private sector agencies (ACC; IRD; MSD; the banks) have been found wanting in how they have handled personal information, some of it sensitive, relating to identifiable individuals.

Appropriately, the Privacy Commissioner has recently described 2012 as ‘the year of the data breach’.

Media reporting of these recent major privacy breaches may give the impression that ‘privacy’ is just about personal information (eg, placing limitations on when agencies can disclose information they have collected about you). Despite its generic title, that’s what our Privacy Act 1993 is largely concerned with.

What’s meant by ‘privacy’? It depends who you talk to.

What ‘privacy’ is and what it isn’t has been the subject of an ongoing debate over the years among philosophers, lawyers and judges, and law commissions; to name a few.

While the ‘pointy-headed brigade’ may struggle to agree, ordinary Kiwis have less of a problem. Overwhelmingly, they are of the view that individuals should have a right to the privacy of their own bodies, their private space, the privacy of their communications and information relating to them; together with freedom from unwanted surveillance.

Surveys over the years have revealed that they place a high value on their privacy. Kiwis across the political spectrum expect that their rights to privacy will be both recognised and protected effectively. They want meaningful, accessible legal remedies when significant breaches of their privacy occur, not just window-dressing.

Informational privacy ‘is concerned with control over access to personal information or facts about ourselves’. Local or spatial privacy, on the other hand, involves ‘control over access to our persons and private places, typically in the home but in other places as well…. A person’s home can be regarded as that person’s castle; the home is that person’s safest refuge … (Privacy: Concepts and Values (2008), para 5).

Kim Dotcom might beg to differ, at least until aspects of the multi-law enforcement agency ‘invasion’ of his ‘castle’ were found to be unlawful.

These days the term ‘privacy’ is widely used to refer to a group of related rights and interests that have been accepted nationally (eg, in our Privacy Act 1993), and internationally (eg, in the UN’s International Covenant on Civil and Political Rights 1966, which our government ratified way back in 1978).

So why is privacy so important? To be a truly free and democratic society there must be respect for the autonomy of individuals, and limits on the activities of both state and private agencies which may intrude on that autonomy. By its very nature this requires meaningful recognition of the dignity of individuals as members of a society. Privacy is a fundamental aspect of human dignity.

The reasonable expectation of privacy is said to be the touchstone of section 21 of our Bill of Rights Act 1990, which recognises the right to protection against unreasonable search and seizure. Certainly, that’s how our courts have interpreted what is, regrettably, the closest our Bill of Rights comes to explicitly recognising privacy considerations as such.

Despite its fundamental importance, most of us accept that privacy is not an absolute entitlement. The maintenance of other highly important societal interests (eg, freedom of expression; the prevention and detection of crime and the catching of offenders), may justify some interferences with privacy.

However, the onus should be on those who wish to interfere with the privacy of individuals to justify doing so. The more invasive this is the more compelling must be the justification.

It should not be assumed that a desire for privacy means that a person has ‘something to hide’. People who wish to protect their privacy in a particular situation should not be required to justify their desire to do so.

Public or private sector proposals that have the potential to interfere significantly with privacy should be subject to a comprehensive privacy impact assessment, which is audited independently and made public, well in advance of the proposal being implemented.

Intrusions on individual privacy are a key area of concern. Public and private sector agencies should not intentionally or recklessly intrude, physically or otherwise, upon the solitude or seclusion of individuals or into their private affairs or concerns.

Law-abiding individuals should have the right to conduct their personal affairs free from unwanted surveillance or the fear of such surveillance. Even those privacy protections and legal limitations on surveillance that do exist at present are being progressively undermined. Meaningful forms of protection are therefore required as a matter of urgency if New Zealand is to avoid becoming an all-encompassing surveillance society.

This deeply-troubling prospect was reflected in the concerns of many submitters on the Search and Surveillance Bill (now an Act). Those within the corridors of power who dismissed their concerns as ‘hysterical’ or ‘misinformed’, grossly under-estimated the degree of public apprehension at the prospect of yet more surveillance of individuals’ daily lives.

Of course, there will be those who seek to utilize privacy laws for reasons contrary to the public interest, for example, so-called ‘celebrities’ with deep pockets who wish to limit justifiable media exposure of their ‘dodgy’ behaviour. When this occurs, the media (old/new) and human rights advocates need to stand together to ensure that the public’s right to know prevails. The latter need no convincing that freedom of expression is indeed one of our cherished bedrock freedoms.